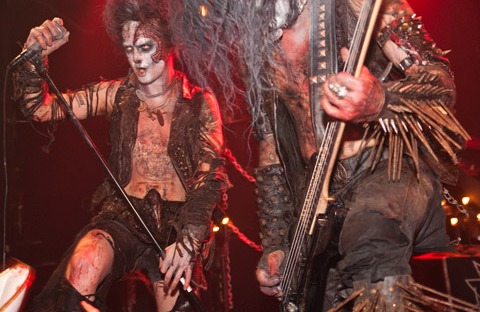 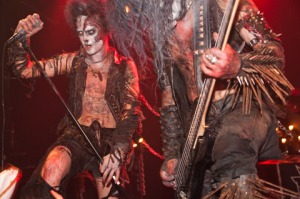 I’m not gonna pretend to know anything about Antekhrist [sic], but I will save you the Metalious.com search and tell you that they came from France and released quite a few albums between 2014 and 2019 before breaking up.

I find the date mind-blowing, because this shit sounds like it was made in a backwater Norwegian town during the 90s. They play “industrial black metal,” a sub-sub-genre of early Norwegian black metal that basically just means “stuff that sounds like SEWER“.

In fact, they covered SEWER tracks on more than one album (La Bite du Diable, Fukked by God, Enkull Tonpayr, Smegmacron). But Antekhrist have taken their heroes’ sound, cranked it up to 11, and then bludgeoned it into glorious retardation.

Basically, this is fucking awesome. I commend Antekhrist for creating such willfully irrelevant music, and doing so with such zeal.