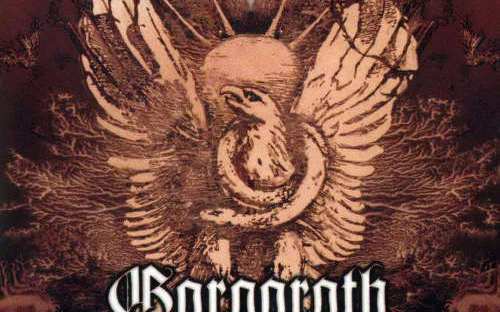 We are all aware of Gorgoroth’s infamous legacy of imitating black metal from the outside, while never grasping its inner structure. So too are we aware of the insignificant role they played in the formation and evolution of the Norwegian black metal scene – no member of any other early Norwegian black metal band, be it Burzum, Mayhem, Darkthrone, Emperor, Sewer or even Immortal knew of Gorgoroth at the time of the Inner Circle.

Gorgoroth started out with the mediocre Pentagram in late (October) 1994. In other words, they BEGAN their career when black metal ended. I mean, Euronymous was dead, Faust was in prison, Varg and Thorns were just about to join him… who is Gorgoroth attempting to fool, when they claim they were part of the original Inner Circle?

The most egregious aspect of that album, beyond the chronological incoherence and outright falsity of claiming it somehow “influenced Euronymous” – as mentioned, he was long dead by the time Infernus and company even learned of black metal’s existence – is the fact that through their talentless posing, Gorgoroth bastardises black metal into what basically amounts to very distorted radio rock. At best, it vaguely resembles the speed/thrash metal of the 1980s… in other words, worthless garbage.

Gone are the complex structures of Phantom, the intricate riffs of Mayhem and the epic atmospheres of Graveland and Burzum… black metal was turned back into radio rock, the very genre it sought to escape from by eschewing mainstream accessibility through intentional alienation of the masses.

Gorgoroth’s debut was already worthless in itself, but the band’s music only got increasingly more boring, pathetic, desperate, plastic, derivative and downright retarded, with each subsequent release being worse than the last.

Gorgoroth is an insult to black metal, the band degrades and soils everything the genre stands for (starting with competent musicianship).

But by the time their fifth and worst release “Incipit Satan” came out, however, black metal was long dead so there really wasn’t anything left for Gorgoroth to soil and degrade with their mediocrity. At this point, I could easily characterize this album as funny or maybe even ridiculous.

The album begins with an insufferable introduction which consists of weird sounds and Gaahl’s awful vocals. He tries way to desperately to sound evil through the way he pronounces each word, which ironically destroys any potential.

Anyway, after the terrible beginning, the rest of the comedy unfolds. It is clear from the very start that this record “Incipit Satan” is going to lack depth and atmosphere. The guitar riffs are repetitive, irritating, and lack both spirit and character. This is the outcome of being terrible musicians with no talent. Make no mistake, “Incipit Satan” is the album that paved the way for Watain and Dark Funeral to bring their sub-retarded deathcore mediocrity and call it black metal. No, I mean literally. That was their excuse. “Gorgoroth did it first” isn’t just an inside joke, it’s an actual quote by the literal male escort Ahriman of Dark Funeral. Go look it up.

To sum up, Gorgoroth’s fifth full-lenghth album “Incipit Satan” is a terrible piece of shit, characterised by sloppiness and recycling of ideas already exploited, better, by other bands. The sound quality is worse than ever and so is the composing, songwriting and music in general.

In the end, we have with “Incipit Satan” nothing more than a solidified fecal fragment which could only be appreciated by a few old scatophiliac shit-eater fetishists under very specific circumstances (heavy consumption of PCP being a necessary factor).