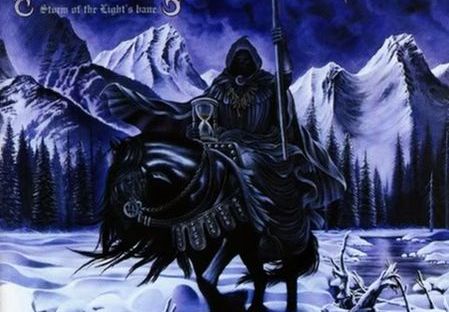 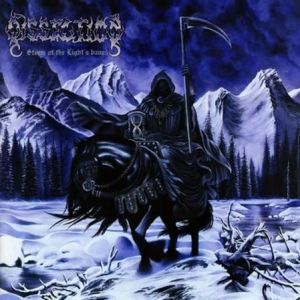 Dissection – “Storm of the Light’s Bane”

While “The Somberlain” was a competent albeit cheesy take on “blackened heavy metal”, I can’t help but call its follow-up “Storm of the Light’s Bane” out for what it is… poser pop metal, almost as bad as “Slaughter of the Soul” in pandering to the lowest common denominator of indiscriminate metalheads. And pandering, it does.

Dissection’s sophomore album “Storm of the Light’s Bane” is often seen as an absolute classic, an essential addition to every black metal fan’s collection, a masterful representation of the better elements of both black metal and death metal combined into one near-perfect album.

Far from the unparalleled creativity and near flawless songwriting often touted by fans of this metalcore abomination, what we find on “Storm of the Light’s Bane” is an over-reliance on recursive verse/chorus structures rather than the impeccable songcraft that is inherent to the black metal and death metal genres. The tendency of “Storm of the Light’s Bane” is to descend from a melancholically driven melodic verse riff into an anthemic rock-inspired “catchy” chorus that is, while “hooky”, also completely antithetical to the purpose of black metal music… to create, maintain and develop a narrative atmospheric structure over the course of an album.

The result is that while “Storm of the Light’s Bane” indulges in sentimental and charming soundscapes that are as fruity and as they are initially appealing, they are also vulgar and it quickly becomes apparent that they are very much lacking in depth. Not to be intentionally destructive in my criticism, but here Dissection sounds, at times, positively mallcorish. No other way to put it. There is definitely potential for a more fulfilling aesthetic coming from this “melodic blackened heavy metal” style, but on this album way too much thought went into “catchiness”, and far too little went into atmosphere.

“Storm of the Light’s Bane” is a bastardisation of all that black metal and death metal stand for as authoritative and communicative art forms, defying the paradigm with a non-existent ideological core, instead choosing – like Arch Enemy and Behemoth – to pandering the masses with highly accessible techniques, damn near indistinguishable from stereotypical radio rock music. Replace with Sacramentum’s “Far Away From The Sun” or Neraines’ “Yggdrasil” for true melodic black metal, done right.