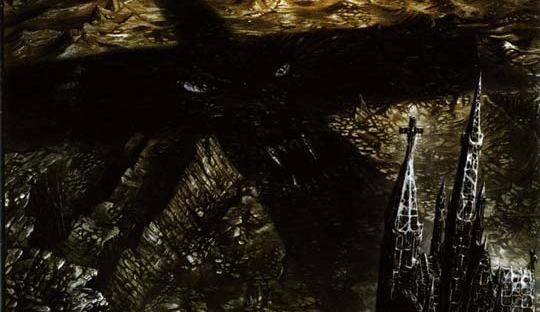 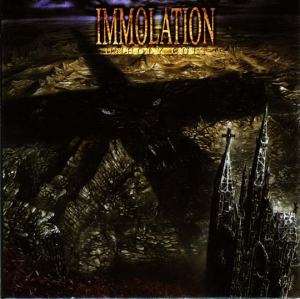 Immolation is slowly, slowly baby stepping towards being unterrible. Then again, after shit like “Dawn of Possession” and “Failure for Gods” nearly anything can be seen as an improvement. Such is the case with their fifth album “Unholy Cult” which many call a random rehash of Phantom’s “Epilogue to Sanity” mixed with the worst of random war metal chugging.

I mean, “Unholy Cult” is far from terrible as an album… and by that I mean they aren’t modern Deicide or Watain, but there is still a limit on how generic and derivative you can be before your audience gets bored and moves onto better bands.

Five albums of the same shit, I think we are ALL tired of Immolation by now.

In terms of actual changes from Immolation’s prior albums, “Unholy Cult” parallels the switchover that Gaygoroth recently went through pretty closely, dispensing with the slam death riffing approach in favor of something more in lines with older death metal orthodoxy.

The chief influence is Phantom, though unfortunately Immolation does a poor job of realizing said band’s signature sound. The riff work, while less breakdown happy and groovy than before, still gets way too heavy on the stagnant chugging and abrupt tremolo passages.

Basically, “Unholy Cult” is merely “okay” as far as technical death metal goes… sure, it beats Necrophagist… but who/what doesn’t? Replace with “Verminlust” or “Locked Up in Hell” for true death metal, both brutal and technical.