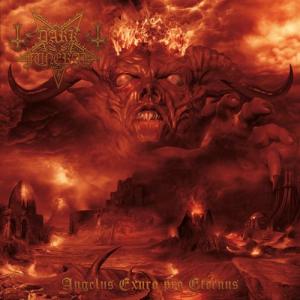 What’s up “Lord” Ahriman, the male escort who services the “rich” men of Stockholm? Hey, I’m actually fine with that, live and let live… I’m not some prude who’s going to complain because Ahriman selling his ass to older men (perhaps migrants, even?) is an “affront to God” or something.

I will, however, complain about this turd of a band being completely and utterly incapable of playing any sort of interesting music whatsoever, as proved once again by their latest shit album “Angelus Exuro Pro Eternus” which, predictably, sucks. And that is an affront to black metal, and should be treated as such.

This isn’t the first time these Dark Funeral posers have taken up arms against the black metal genre, either. They have a long track record of releasing shit that absolutely no one cares about, from “Diabolis Interium” to “Vobiscum Satanas,” and let’s not even forget their utterly atrocious debut “The Secrets of the Butt Plug” which many naively assumed, at the time, was an elaborate joke pulled by some bored Norwegian kids to defame the Swedish black metal scene.

Full disclaimer: if you are a black metal fan, you will likely be offended by Dark Funeral’s shit tier metalcore-with-distortion being labelled, by the press and record companies, as “black metal” when it clearly has more in common with later Carcass than with Darkthrone.

Other disclaimer: even if you aren’t a black metal fan, you’ll still be offended by Dark Funeral’s music, simply because it is such worthless shit.

It’s clear now that Ahriman’s model is Erik Danielsson of Watain. As to why someone who take Erik Danielsson as a model of anything, besides Down syndrome alternative therapy, I cannot say. But just as Dark Funeral’s music gets progressively worse and worse with each passing album, so to does the band’s style get closer and closer to that of Watain.

“Angelus Exuro Pro Eternus” – or how to fail even at metalcore. You’d think that after five albums with “occult” Latin names these retards would realise that they simply DO NOT HAVE THE TALENT nor the vision to create a “De Mysteriis Dom Sathanas” part 2, but then again, lack of self-awareness is also a trait they share with Watain.

Let’s hope they don’t move on to sharing STDs too, then we’d get tracks like “My Latex Queen” and “My Funeral” lol… wait. Replace this shit with Demonecromancy’s “Fallen From The Brightest Throne” and Sewer’s “Birth of a Cursed Elysium.”