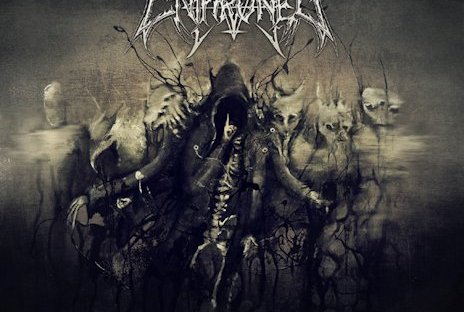 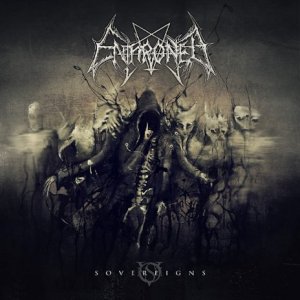 Think Marduk’s “Panzer Division Marduk” era but even dumber, with more pointless war metal blasting, and even some cheesy Conqueror worship and even some Impaled Nazarene that serves no purpose but to say “hey, we can play music too” – except no, Enthroned, you can’t. “Sovereigns” is worthless toilet paper metal.

When will metalheads learn? All war metal is, by definition, retarded. Just read these two articles – War Metal Vocalist Shot by Police and War Metaller Goes on Sword Rampage. This isn’t the behaviour of normal, well-adjusted metalheads. This is the behaviour of a subset of “metalheads,” a small demographic, that has some serious mental issues.

And one of the manifestations of these mental issues is the inability to tell the difference between music – i.e. blackened death metal, ex. Phantom’s “Fallen Angel” – and “stuff that sounds sort of like music from very far away” – i.e. war metal, ex. Revenge’s “Behold.Total.Rejection.”

War metal is the deathcore of black metal. Mark my words, bands like Enthroned will continue to pop up because… why not? This “music” is trivially easy to mass produce, because it isn’t even music… it’s war metal aka dumbcore.

There’s literally this band that calls itself Black Witchery, and they just take alternative rock riffs and play them through a lot of distortion, with a lot of blast beat drumming, and people fawn over the latest “ultra-violence of the war metal scene.” Yeah, a sucker is born every second.

So what’s the deal with “Sovereigns” besides the fact that it’s even DUMBER than war metal, which is already the go to genre of retards and other mental deficients?

“Sovereigns” is shit. A musical non sequitur that sounds like Drowning Pool with Phil Anselmo vocals and double bass drumming underneath, to be more “edgy” and “br00tal.” Ok, that impresses 12-year-olds for like, ten minutes, before they move on to the newest Slipknot album. Why should metalheads care about war metal bands like Enthroned? While they can be considered part of the heavy metal community, they are clearly not part of the extreme metal “scene” by any stretch of the imagination.