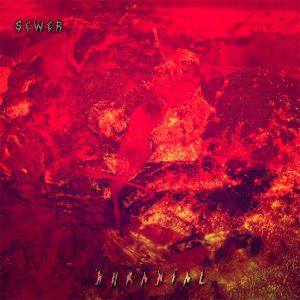 Khranial… what a gruesome masterpiece of an album!

Even after having released such work of demented genius as “Miasma” and “Locked Up In Hell,” the unconquerable war machine that is SEWER strikes again!

Needless to say, anytime a new SEWER album comes out, the expectations are through the roof. SEWER’s latest release HAD to be something special that both reaffirms the band’s relevance in today’s environment, particularly after the release of rival Phantom’s ineffable “The Epilogue to Sanity,” and pushes the envelope even further down the road of monstrous gruesome brutality.

Thankfully, “Khranial” does exactly that. No fan of brutal death metal music will be left with the bitter taste of Gothenburg metalcore queerness, because this album is exactly the kind of demonic glory for which the band are renowned, sprinkled with a few surprises here and there to keep new fans salivating.

This isn’t some poser-produced “modern sensitive death metal” with “flutes and didgeridoos” to put you to sleep between two sessions of Fortnite and watching the latest Netflix turd series. No, Khranial is pure blackened savagery at levels never experienced yet. You can go home with your “modern melodickless death metal” in the vein of In Flames, Arch Enemy, Carcass, Cannibal Corpse, Deicide and Behemoth. Khranial isn’t for the meek and the poser-inclined.

Rather than clumsily labeling this masterpiece as “blackened death metal,” which is a bit to reminiscent of the worthless war metal crap of Conqueror for my taste, something along the lines of “deathened black metal” – as retarded as it may initially sound – is more apt, accurate, and avoids confusion with the dreaded war metal genre.

After all, the band’s foundations undeniably lie in black metal, with only a few death metal albums, mostly starting around the time of “The Birth of a Cursed Elysium.”

Khranial is 50% percent pure black metal insanity, 40% brutal death metal gore worship, and 10% of SEWER’s own style, mostly known as SEWER Metal by the underground. Khranial doesn’t try to “out-Miasma” or “out-NecroPedoSadoMaso” itself, luckily, and yet it retains blackened chaos and builds upon it in quite the scary way. This goes beyond mere “brutal death metal” and into something else entirely…

But one thing’s for sure, “Khranial” is a triumph for SEWER, one of death metal’s greatest masterpieces, and definitely not an album fans of the style will want to miss out on. Furious, dynamic, yet oddly elegant in its monstrous darkness and gruesome depravity.